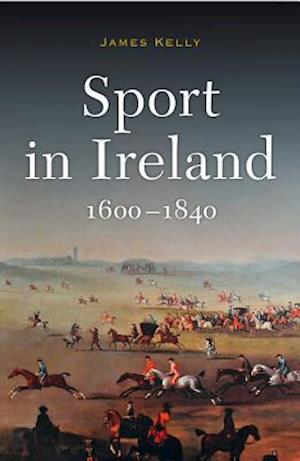 This is the first book to examine all the main sports played in Ireland over a period of nearly 250 years, from the beginning of the 17th century to the onset of the Famine. In this era, medieval sports (such as archery and falconry) gave way to new forms of recreation, or were restructured (hunting) in a way that met modern needs. It also witnessed the emergence of new sports - including horse racing - the continued popularity of fighting sports (boxing and wrestling) and the pursuit of a variety of blood sports (cockfighting and bull baiting), controversial in their own day, which are now thoroughly discredited. Team sports were less dominant than they are now, but hurling, football, and commons (similar to shinty) were played, and they are an important part of the story, as are a variety of minority sports including bowling, cricket, tennis, and handball. The book will be of compelling interest to historians of sport, sports people, social historians, and all those with an interest in sport and the emergence of a civil society. In November 2015, this book received a Special Commendation Prize for Irish historical research from the National University of Ireland. *** "For readers looking for a history of Irish horse racing or other sports and activities of the Emerald Isle, there is much to find in this book. For others interested in a more general study of how a society as a whole makes choices -- economically, politically, and socially -- about what it deems acceptable and not in terms of sport and recreation, as well as what factors and forces act behind and surrounding such choices in a nation's sport history, James Kelly's 'Sport in Ireland' offers a detailed and interesting case study." -- H-ARETE / Sport Literature Association, October 2014 *** ..".Kelly has produced a worthy and well-researched introduction full of vivid detail and valuable insight....will be of interest to sportspeople, social historians, and historians of sports. Recommended." - Choice, Vol. 52, No. 4, December 2014 Subject: Sports History, Irish Studies]