- The Idea of Water Conflicts 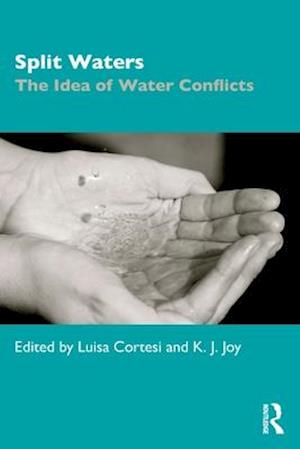 Limited, finite, contaminated, unavailable or expensive, water divides people all around the globe. We all cannot do without water for long, but can for long enough to fight for it. This commonsensical narration of water conflicts, however, follows a pattern of scarcity and necessity that is remarkably unvaried despite different social and geographical contexts.Through in-depth case studies from around the globe, this volume investigates this similarity of narration-confronting the power of a single story by taking it seriously instead of dismissing it. In so doing, it invites to rethink water conflicts and how they are commonly understood and managed. This book:Posits the existence of the idea of water conflict, and asks what it is and what it produces, thus how it is used to pursue particular interests and to legitimise specific historical, technological and environmental relations;Examines the meaning and power of ideas as compared to other categories of knowledge, advancing theoretical frameworks related to environmental knowledge, discursive power, social constructivism;Presents an alternative agenda to deepen the conversation around water conflicts among scholars and activists.Of interest to scholars and activists alike, this volume is addressed to those involved with environmental conflicts, environmental knowledge and justice, disasters and climate change from the disciplinary angles of environmental anthropology and sociology, political ecology and economy, science and technology studies, human geography and environmental sciences, development and cooperation, public policy and peace studies.Essays by Gina Bloodworth, Ben Bowles, Patrick Bresnihan, Luisa Cortesi, Mattia Grandi, K. J. Joy, Midori Kawabe, Adrianne Kroepsch, Vera Lazzaretti, Leslie Mabon, Renata Moreno Quintero, Madhu Ramnath, Jayaprakash Rao Polsani, Dik Roth, Theresa Selfa,Veronica Strang, Mieke van Hemert, Jeroen Warner, Madelinde Winnubst.