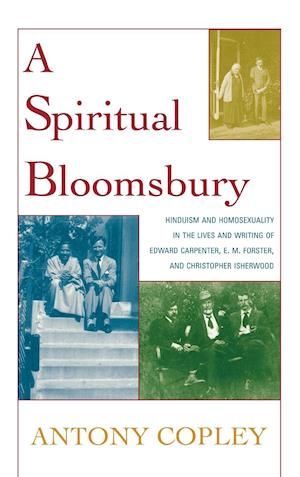 A Spiritual Bloomsbury is an exploration of how three English writers-Edward Carpenter, E.M. Forster, and Christopher Isherwood-sought to come to terms with their homosexuality by engagement with Hinduism. Copley reveals how these writers came to terms with their inner conflicts and were led in the direction of Hinduism by friendship or the influence of gurus. Tackling the themes of the guru-disciple relationship, their quarrel with Christianity, relationships with their mothers and the problematic feminine, the tensions between sexuality and society, and the attraction of Hindu mysticism; this fascinating work seeks to reveal whether Hinduism offered the answers and fulfillment these writers ultimately sought. Also included is a diary narrating Copley's quest to track down Carpenter's and Isherwood's Vendantism and Forster's Krishna cult on a journey to India.