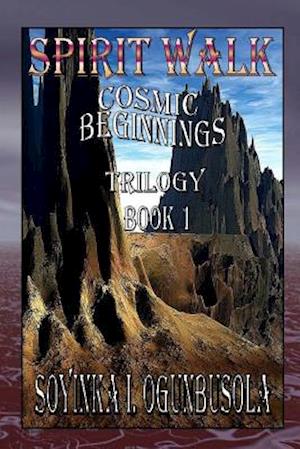 Tormented by horrific dreams that literally draw blood Ife Kenyetta is urged by her Native American ancestors to return to Nigeria and seek out a mysterious village of Shaman surrounded by land bewitched with terrifying mirage-like barriers that protect it from outsiders. In this village she must undergo a deadly Rites of Passage where she must die and return to the beginning of time to witness the war in heaven between the primordial Gods and Goddesses against the powers of Darkness before the creation of the human race, but as she travels across Nigeria in search of this mysterious village her travel companions and herself are illegally stopped at a border check point by a squad of rouge soldiers abusing their authority. Unfortunately for the soldiers a mysterious death claims one of their own; now Ife and her companions must flee for their lives as they are now murder suspects. Fatima Jatari Captain of the H.2.0.C.A.T. commissioned for the investigation of abnormal and unusual incidents and anomalies off the coast of Nigeria was out on a routine investigation when she and her crew stumbled across the wreckage of what they perceived as a horrible shipping accident, until further investigation revealed the unimaginable and unspeakable that leads them out into the notorious middle passage. Somehow these two women must join forces in eliminating a deadly threat in the middle of the Atlantic, but unbeknownst to the captain a mutinous saboteur plots to over throw her authority and take control of the ship as they battle an unrelenting evil in the middle of the Atlantic.