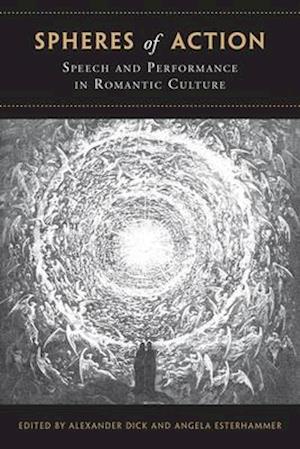 With contributions from leading Romanticist scholars who draw on literary history, performance studies, philosophy, linguistics, and anthropology, Spheres of Action examines the significant intersections between language and performance during the Romantic period. These essays consider cultural phenomena such as elocution and political oratory, newspaper journalism, public mourning, the function of gesture and clothing in theatre - even a long-distance walking contest. They examine the problematic relationships among action, agency, and language in a variety of cultural institutions and media from the era.Exploring aspects of public speaking and body language, these essays propose that understanding the culture and institutions of the Romantic period requires nuanced approaches to performance and agency. The collection also studies the ways in which the Romantics discovered both the potency and limitations of performativity.Presenting a boldly multifaceted portrait of Romantic culture, Spheres of Action is essential reading for Romanticists, historians, and scholars with interests in language and performance.