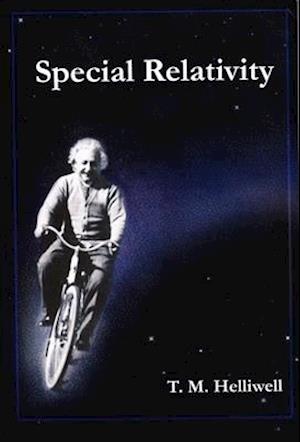 Special Relativity is a superb text for students to begin or continue a serious study of physics. Describing the most accessible of the 20th-century revolutions, it also illustrates the fact that nature is stranger than one imagines. The book evolved through years of teaching a highly-successful course to thousands of first-year students in science and engineering. It is appropriate as part of an introductory physics course, as a supplement to a "modern physics" course, as a text for a special topics or advanced placement course, or even as a supplement in an advanced undergraduate course. Numerous illustrations, examples, and problems are presented throughout, with the concise mathematical description postponed until after the reader has built up some physical intuition for what is going on. The book contains many applications, from particle decays, colliding-beam experiments and photon rockets to a brief introduction to relativistic gravitation, including the Principle of Equivalence, the effect of altitude on clocks, and the Global Positioning System. Ten appendices can be taken up as interest and time allow, including The "Cosmic Speed Limit." The book is a serious introduction, praised for its clarity, accessibility, and informal, light-hearted style.

Forfattere
Bibliotekernes beskrivelse Written in an clear and informal style, this text explores the most accessible of the 20th century revolutions in physics. It allows readers to build up physical intuition for what is going on, before presenting concise mathematical descriptions. It contains many applications, ten appendices, and numerous illustrations, examples and problems.