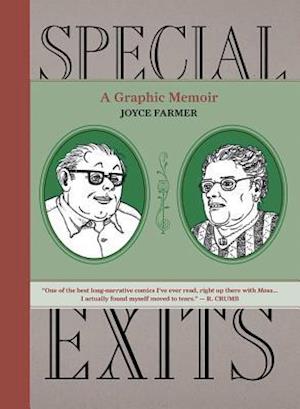 In the vein of Alison Bechdel or Harvey Pekar, Joyce Farmer's memoir chronicles the decline of the author's parents' health, their relationship with one another and with their daughter, and how they cope with the day-to-day emotional fragility of the most taxing time of their lives. Set in southern Los Angeles (which makes for a terrifying sequence as blind Rachel and ailing Lars are trapped in their home without power during the 1992 Rodney King riots), Farmer details the slow, inexorable decline in Lars' and Rachel's health, and perfectly captures the timbre of the exchanges between a long-married couple: the affectionate bickering; their gallows humor; their querulousness as their bodies break down.