indgår i serie Defenders of the Light 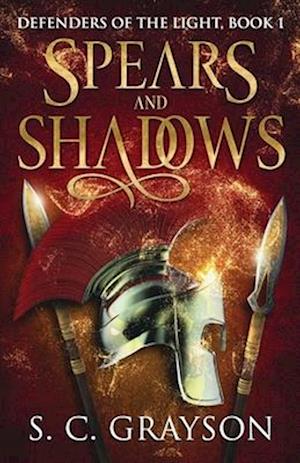 Nora struggled with work-life balance even before an immortal sorcerer showed up and turned her career-and her love life, upside down.

Historian Nora Zvezda is gunning for a promotion at The Chicago Field Museum. The discovery of two ancient Greek weapons unlike any she's seen before might be her big break-but the artifacts are more than they seem.

Trying to uncover their secrets, Nora enlists the help of professor of ancient languages, Dr. Adam Scott, an undeniably handsome man of intrigue. Nora has been too busy to worry about romance, but Adam seems to be overflowing with charm-and secrets, the biggest being his rank among the Eteria, a secret society of powerful sorcerers who've been in hiding since the days of the Greek empire.

When Nora's work with the ancient and mystical weapons draws the attention of the Shadow, a powerful force that feeds off fear and negative emotions, she finds herself thrust in the middle of a perilous, age-old war between good and evil.

To protect herself, she must join the Eteria in their fight, all while struggling not to sacrifice the life she's worked so hard for. Complicating things further is her undeniable desire for Adam and the feeling that he may be hiding more than his status as an immortal sorcerer.