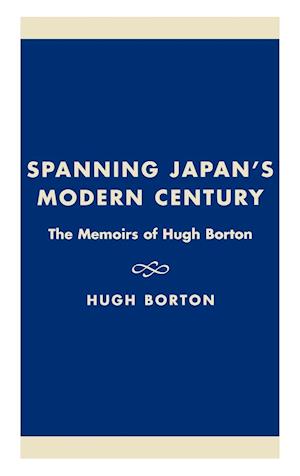 In 1942, Hugh Borton, then a 39-year-old assistant professor of Japanese history, was called to serve in the State Department. Here he rose rapidly to become one of the principal architects of United States policy toward post-war Japan. Drawn from Borton's personal papers, this work provides a fresh and intimate picture of the man who played a pivotal role in defining the meaning of unconditional surrender for Japan, retaining the Emperor, and designing Japan's post-war constitution. It sheds new light on the development of the United States' post-war Japanese policy and the often-fractious relationships between the various agencies tasked with its creation and implementation. The author of Japan's Modern Century, director of Columbia University's East Asian Institute, and later president of the Association for Asian Studies, Hugh Borton dedicated his life to strengthening the academic, cultural, and humanitarian ties between Japan and the United States.