Spain and the Great Powers in the Twentieth Century 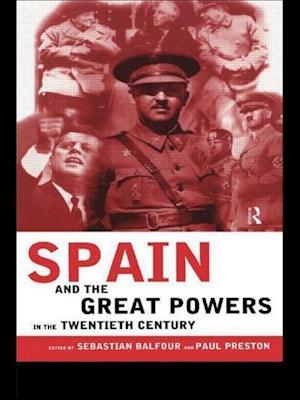 Spain and the Great Powers in the Twentieth Centuryexamines the international context to, and influences on, Spanish history and politics from 1898 to the present day. Spanish history is necessarily international, with the significance of Spain's neutrality in the First World War and the global influences on the outcome of the Spanish Civil War.Taking the Defeat in the Spanish American war of 1898 as a starting point, the book includes surveys on: *the crisis of neutrality during the First World War *foreign policy under the dictatorship of Primo de Rivera *the allies and the Spanish Civil War *Nazi Germany and Franco's Spain *Spain and the Cold War *relations with the United StatesThis book traces the important topic of modern Spanish diplomacy up to the present day