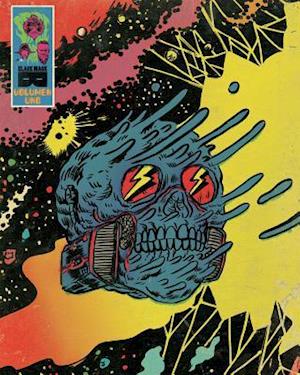 From the galactic core to the outer quadrants, one name strikes terror in the hearts of evil beings everywhere: The Space Riders Sailing the cosmos in the Skullship Santa Muerte, Capitan Peligro and his fearless crew deal harsh justice to the scum of the galaxy while searching for the hidden truths of the universe Collecting the four sold out issues of the psychedelic revenge tale from the minds of Alexis Ziritt and Fabian Rangel, Jr

"Looks like it came directly out of Jack Kirby's id. Not to be missed."

"One of the Outstanding Comics of the Year"

"Fabian Rangel Jr, Alexis Ziritt and Ryan Ferrier have created an instant classic and establish the foundations of a masterpiece."

"There isn't much more to say about Space Riders #1 other than to read it as quickly as possible and then force your friends to read it so you can gloat about having read it before them."