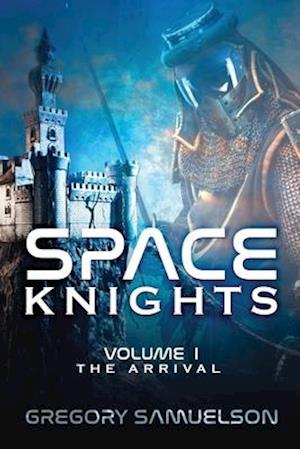 Eons ago the Sphinx launched a solar bomb that blasted a massive moon across space eventually heading towards Earth. The governments of Earth plan a global exodus. Trance,a teenage boy from Earth, and his family escape and land on the planet Althora in the Andromeda galaxy. Here the military of knights ride robot horses and wield medieval weapons. Trance will meet an elite group of knights guarding Princess Corena. While attending school and taking classes to become a knight he gets friendlier with Corena and battles his rival, her ex-boyfriend. Could his arrival be connected to the coming of the Griffin General and the return of the Son of God fulfilling Althorian prophecies?

Gregory lives in Aurora with his wife Christi and their cat Leo. He was born and raised in Northern Colorado. Gregory graduated from Aims community college in 1994 with a degree in computer science. Growing up Gregory and his brother often played knights in the backyard and created their own adventures. This work is inspired from those memories of youth. He is currently working on the next "Space Knights" adventure.