Sowing Nightshade in the Wastelands of Cities: Poems 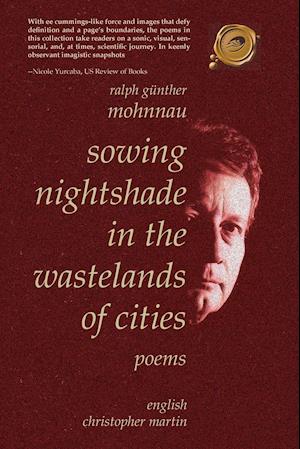 "Mohnnau introduces a rather novel voice into the contemporary lyrical concert. His poems are refreshingly non-hermetic and almost devoid of any political agitation. He has a distinctly characteristic tone: his verses are eminently personal, his language is straightforward and at time earthy, and his imagery is laden with the accoutrements of thee world of science and technology. His erratic use of typography is perfected to the point of mastery and his poems show a distinct trait: the ability to treat his themes with an appealing blend of wit, humor and irony. To a prolonged stay in New York City, we owe several poems which accurately capture the mood of this metropolis. One may or may not agree with Mohnnau's philosophy, but the fact remains that his poems prove to be both stimulating and provocative".