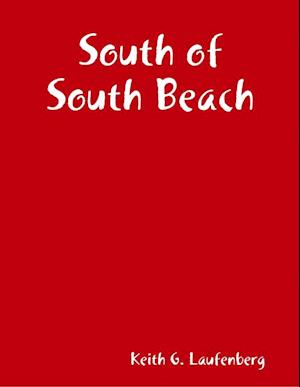 South of South Beach is set in the 1960's, when South Beach was not the glitzy, Art-Deco district it is today but a crumbling, dilapidated section of real estate. South Beach, in those days, was considered that tract of land that was bordered by the Dog-Track on the south, Lincoln Road on the north, Alton Road on the west and Ocean Drive, fronting the sandy beaches, on the east. The story begins in 1966 and the area known to everyone as South Beach is inhabited by an eclectic mixture of retired senior citizens, county workers, businessmen and prizefighters who have traveled down to one of only four States that provide steady work in their trade. Chris Dundee operates the boxing emporium on 5th Street, appropriately named the 5th Street Gym. Dundee promotes boxing and the fights are held locally, just a short mile or so in the Miami Beach Auditorium, also the home of the Jackie Gleason Show, when a young boxer from Washington D.C. hits town and the story begins.