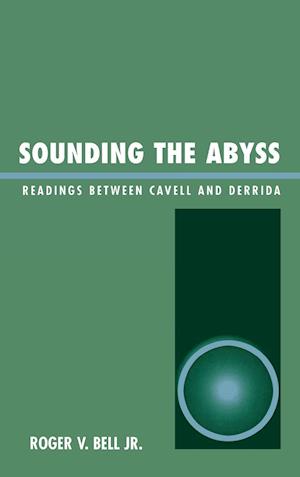 Motivated by an interest in the long-standing divisions between analytic and Continental philosophy author Roger V. Bell engages in an extensive reading of Cavell's work from the position of his differences with Derrida. As Derrida himself has not responded (at least in writing) to Cavell's comments and criticism, the opportunity is rife for examining this latent debate to gain greater insight into the relationship between their work Bell investigates Cavell and Derrida's development within the American philosophical scene. The critique of Cavell's sense of American inheritance serves as a way to momentarily direct the reader away from the abyss and toward the westward view intrinsic to the 19th century bearings Cavell takes with Emerson and Thoreau. This refiguring of Cavell's notion of inheritance is then brought alongside important features of Derrida's deconstruction and the question of its reception in America. By extending Cavell's thought in this manner - through its meeting with Derrida - broader concerns are opened up with regard to both philosopher's work. In Derrida's case, deconstruction - especially its American reception - gets situated in the emerging post-poststructuralist rubrics of film theory, cultural criticism, postcolonialism, and multiculturalism. Taking in an incredible range of sources and cultural and intellectual contexts Roger Bell has produced an important and original work.