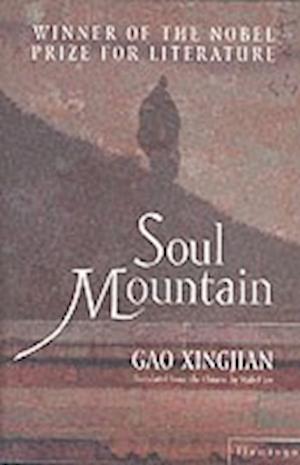 Winner of the Nobel Prize for Literature 2000. Part travel diary, part philosophy, part love story, `Soul Mountain' is an elegant, unforgettable novel that journeys deep into the heart of modern-day China. In 1982 Chinese playwright, novelist and artist Gao Xingjian was diagnosed with lung cancer, the very disease that had killed his father. For six weeks Gao inhabited a transcendental state of imminent death, treating himself to the finest foods he could afford while spending time reading in an old graveyard in the Beijing suburbs. But a secondary examination revealed there was no cancer - he had won a `reprieve from death' and had been thrown back into the world of the living. Faced with a repressive cultural environment and the threat of a spell in a prison farm, Gao fled Beijing. He travelled first to the ancient forests of central China and from there to the east coast, passing through eight provinces and seven nature reserves, a journey of fifteen thousand kilometres over a period of five months. The result of this epic voyage of discovery is `Soul Mountain'. Interwoven into this picaresque journey are myriad stories and countless memorable characters - from venerable Daoist masters and Buddhist monks and nuns to mythical Wild Men; deadly Qichun snakes to farting buses. Conventions are challenged, preconceptions are thwarted and the human condition, with all its foibles and triumphs, is laid bare.