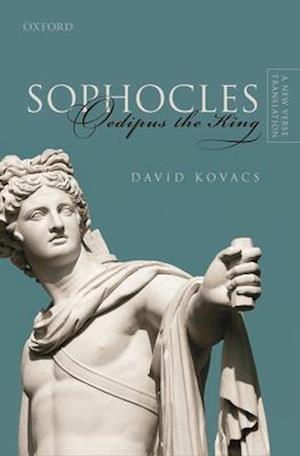 Oedipus the King is the best-known play we have from the pen of Sophocles and was recognized as a masterpiece in Aristotle's Poetics, which cites the play more often than any other as an example of how to write tragedy. The principal character is the king of a city ravaged by a mysterious plague, who consults Apollo at Delphi and is told that the plague will end only when those who killed the previous king, Laius, are found and punished. He launches an investigation, in the course of which he learns not only that he is himself the killer, but that Laius was his father and Laius' widow, whom he married, his own mother. As a result of this revelation Oedipus changes from being a respected king and conscientiousinvestigator into a polluted and self-blinded outcast. This volume presents a highly-polished English verse translation of Sophocles' powerful play which renders both the beauty of his language and the horror of the events being dramatized. A detailed introduction and notes clearly elucidate how the plot is constructed and the meaning this construction implies, as well as how Sophocles ably concealed the fact that his characters act in ways which differ from what we expect in real life. It also addresses influential misinterpretations, therebyoffering an accessible and authoritative introduction to the play that will be of benefit to a wide range of readers.

Forfattere
Bibliotekernes beskrivelse Sophocles' great masterpiece, Oedipus the King, is here translated into highly-polished English verse alongside an introduction and notes to the translation which seek to make his achievements in both plot and language accessible to students at graduate, undergraduate, and secondary school level.