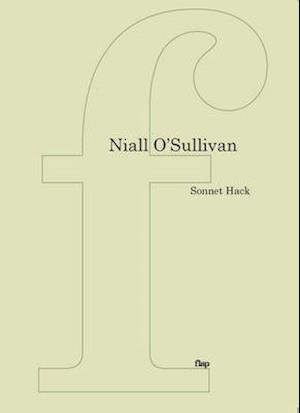 For no particular reason, and at no-one else's behest, Niall O'Sullivan set about writing a sonnet a day during the month of September 2010. Never missing his daily deadline, Niall published first drafts with accompanying videos on his website www.niallosullivan.co.uk. The resulting body of work went to places that few sonnets have gone to before: searching for snow leopards on the mountains of Afghanistan; finding erotic links between lycanthropy and botany; joining the final Neanderthal on his last night on Earth; justifying the clown costume bomb disposal scene in Octopussy. Months after the project finished, the poems can now be read for the first time in their finished forms. The Sonnet Hack pamphlet marks the completion of an ambitious project that sought to link formal poetry more intimately to our social condition and our time.

Forfattere
Bibliotekernes beskrivelse The Sonnet Hack pamphlet marks the completion of an ambitious project in which Niall O'Sullivan sought to link formal poetry more intimately to our social condition and our time through writing of a daily sonnet in September 2010.