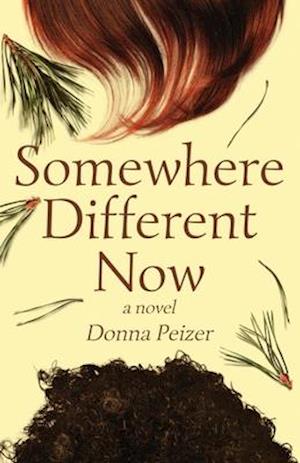 The consequences of racism in the 1950s threaten to destroy a hard-won inter-racial friendship between two energetic, quick-witted teens, who struggle to come to grips with their differences.

White middle-class Annie Cahill and Clydeen Hollifield, a Black girl recently arrived from the cotton fields of Texas, have taken refuge over the summer in a rocky hideout high on a mesa in rural Colorado. They have grown to care deeply for one another, but as the summer comes to an end, their bond is tested to the max. Annie is terrified that her abusive, rabidly racist father will discover their relationship. She finds herself caught between the dictates of her upbringing and loyalty to her friend. Clydeen, on the other hand, is paralyzed by her deep distrust of white people, even Annie at times, but it appears that finding her missing mother will require her to reach out for their help.

When all seems lost and it's possible that Annie and Clydeen's relationship may come to a disastrous and painful end, their secret hideout is invaded by a former World War II resistance fighter. Who is this stranger from out of nowhere, and what does he want? Is he simply the kind, brotherly figure he appears to be, or are there more mysterious dynamics at play?