Somethin's in My Water 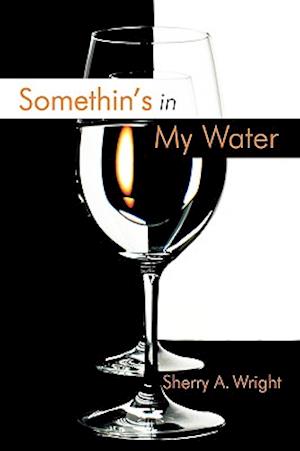 "You've heard of 3D movies...This is 3D emotions" For ages poetry has been used as an outlet to express the inner affections of the hearts of those in love. While those affections can be hard to describe on paper, Sherry Wright has done it with ease and seems to capture the true human emotions that go along with such passionate sentiments. Wright wrote each poem as a script, allowing the reader to become the "actor" and feel the range of emotions as they read her heartfelt words. Wright's melodic poems came from what she calls "inspiredwordsoul" which is a mixture of inspiration, imagination and emotions. Although the poems are about relationships, they are not limited to the romantic kind. Many of the poems have a variety of meanings, and Wright leaves it up to the reader to interpret each as they choose. "I tell people to read Somethin's in My Water aloud in order to actually feel the message and emotions." Poetry buffs and novices alike can appreciate and connect with the easy-read style of Wright's poems. She effortlessly puts into words the emotions relationships evoke, yet many times are difficult to voice.