Something Nasty in the Slushpile 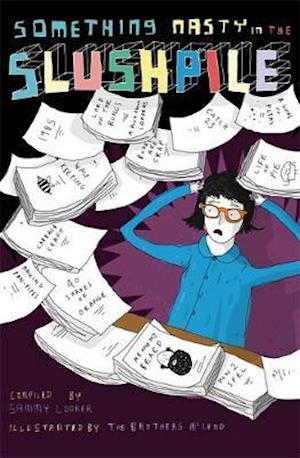 Most publishers keep a "slushpile" - the stack of unsolicited manuscripts which contains a large percentage of preposterous or frightening book proposals, which might just conceal that one jewel of a bestseller or classic novel lying near the bottom. Authors discovered via the slush pile include Roddy Doyle, J. K. Rowling and Philip Roth. Stephenie Meyer sent 15 query letters about her teenage-vampire saga and got nearly 10 rejection letters; one even arrived after she signed with an agent and received a three-book deal from Little, Brown. Kathryn Stockett's The Help was turned down 60 times over 31/2 years before becoming a best seller. Sadly though, these are the exceptions...Written by a reader with over a decade of slush pile experience, Something Nasty in the Slushpile takes a tour through the 'do's and 'don't's of book proposal, including many examples of hilarious, misguided and plain weird approaches. The contents include:Offputing greetings:Dear honourable reader, dear potential agent, friend and colleague, dear colleagues etc. Famous first lines:After ten books of criticism, I am turning my attention to a subject close to my heart, the illustrated story of my own life ... I don't really need to explain ... it would make this letter too longFirstly may I apologise for not getting this to you sooner after our conversation last week, however an unexpected funeral cropped up.Someone is killing literary agents ...I would have e-mailed you, but I am not allowed access to such facilities as I have just been sectioned. I should be out soon. Barmy USPs:It's like a British male version of Eat, Pray, Love. But less shrill and more believable. There are echoes of Paul Theroux and parallels with The Alchemist and SiddharthaMy book is just about me, just an ordinary 'Jo Bloggs' chipping away relentlessly at the big roadblocks put in my way ...I want 10,000 people to be reading my book at the same time all over the world. I want the light to go on for them, the penny to drop and the wheel of change to start turning ...One person can make a difference and I want that person to be me. How not to respond to constructive criticism:Dear so-called publisher...I have shown my manuscript to my spiritual guide and he agrees that you are utterly wrong...

Forfattere
Bibliotekernes beskrivelse A hilarious and salutary rummage through the perils of the publisher's slushpile.