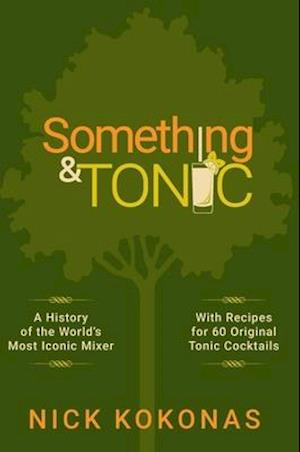 The expanse of western civilization was hindered by a mosquito bite. For centuries, malaria devastated the European explorers who defined the contours of our modern world map-and the indigenous people who resisted them. The cure? Quinine contained in the bark of the South American cinchona tree, whose medicinal properties were discovered around the turn of the 17th century. Over 400 years later, quinine defines the essence of tonic, the most iconic mixer in the world.

Something & Tonic follows the fascinating history of tonic from the jungles of the Andes mountains to the happy hour highball. Award-winning bartender Nick Kokonas takes you on a journey around the globe, revealing how tonic emerged from medical necessity to recreational tipple. Included are 60 original cocktail recipes that reveal tonic's potential beyond the highball, plus tips, tricks, and insight into modern bar culture and cocktail making.¿