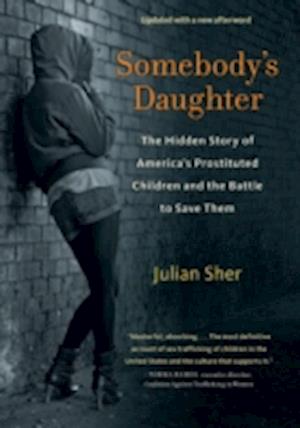 They are America's forgotten children, the hundreds of thousands of child prostitutes who walk the Las Vegas Strip, the casinos of Atlantic City, the truck stops on interstates, and the street corners of our cities. Many people wrongly believe sex trafficking involves young women from foreign lands. In reality, the majority of teens caught in the sex trade are American girls--runaways and throwaways who become victims of ruthless pimps. In Somebody's Daughter: The Hidden Story of America's Prostituted Children and the Battle to Save Them , meet the girls who are fighting for their dignity, the cops who are trying to rescue them, and the community activists battling to protect the nation's most forsaken children. Author Julian Sher takes you behind the scenes to expose one of America's most underreported crimes: A girl from New Jersey gets arrested in Las Vegas and, at great risk to her own life, helps the FBI take down a million-dollar pimping empire. An abused teenager in Texas has the courage to take the stand in a grueling trial that sends her pimp away for 75 years. Survivors of the sex trade in New York, Phoenix, and Minneapolis set up shelters and rescue centers that offer young girls a chance to break free from the streets. 'The sex trade is the new drug trade,' says one FBI special agent, and Somebody's Daughter is a call to action, shining a light on America's dirty little secret.