Some of them - the story of a russian, jewish family and its 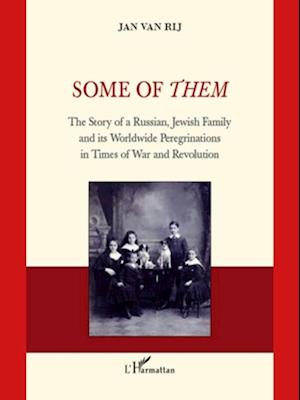 Leaving behind an impoverished and threatened existence in 19th century anti-semitic tsarist Russia, a Jewish family make a new life and a fortune in Japan and China, in a region dominated by the struggle between the great powers, as chandlers and trusted partners of the Imperial Russian Navy prior to and during the Russo-Japanese war of 1904. Upon their return to Russia they become honoured citizens of Saint Petersburg until Bolshevism drives them out again to new uncertainties in the West.