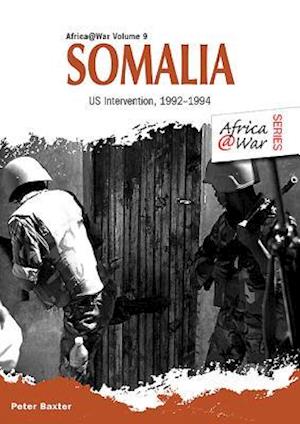 The end of the Cold War introduced an altered global dynamic. The old bond of East/West patronage in Africa was broken, weakening the first crop of independent revolutionary leadership on the continent who no longer had the support of one or other of the superpowers. With collapse of the Soviet Union, all this changed. The question of global/strategic security devolved into regional peacekeeping and peace enforcement, characterized primarily by the Balkans War, but also many other minor regional squabbles across the developing world that erupted as old regimes fell and nations sought to build unity out of the ashes. In Africa the situation was exacerbated by an inherent tribalism and factionalism that had tended to be artificially suppressed by powerful, often military, dictatorships, generally unconcerned with the needs and requirements of an oppressed population. No more striking example of this can be found than Somalia. One of the only effective armed resistance movements mounted against European colonisation in Africa took place in Somalia, which was suppressed only after enormous military expenditure. The crisis in Somalia that began to take shape with the ouster of military leader Mohammed Siad Barre during the early years of the 1990s forced both the United States and the United Nations to adapt their collective military policy toward the challenges of peacekeeping, and peace enforcement, in a human environment only dimly understood, extremely austere in terms of local infrastructure and with a warring clan leadership.This book tells the story of the international intervention that took place in Somalia, the successes, failures and lessons learned. Many broad assumptions were made based on an unclear understanding of the dynamics of a regional conflict, coupled with the necessity for the first time in modern military history to balance political necessities with military. The crisis in Somalia set the tone for military intervention in a post-Cold War world, and although the same mistakes have been depressingly often repeated, the complexion of global military organization changed dramatically as a consequence of this episode.