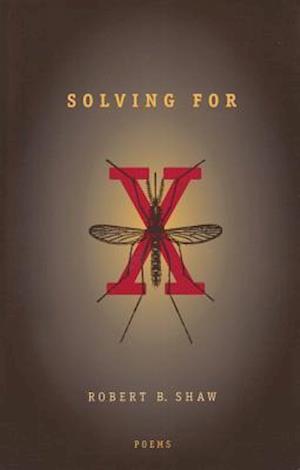 In Solving for X, his award-winning collection of new poems, Robert B. Shaw probes the familiar and encounters the unexpected; in the apparently random he discerns a hidden order. Throughout, Shaw ponders the human frailties and strengths that continue to characterize us, with glances at the stresses of these millennial times that now test our mettle and jar our complacency. Often touched with humor, his perceptions are grounded in devoted observation of the changing world. As in his previous collections, Shaw in these poems unites conversational vigor with finely crafted metrical lines. Final judge Rachel Hadas says it best: "Solving for X is droll and puzzled, elegiac and satirical in equal measure. Shaw's attention alights on a variety of more and less tangible things-a seed catalog, a shirt, a bad book, a request for a letter of recommendation, an irritating colleagues's death-which his masterfully packed lines then proceed to light up with deliberate and unforgettable authority."