Soldiers of the English Civil War 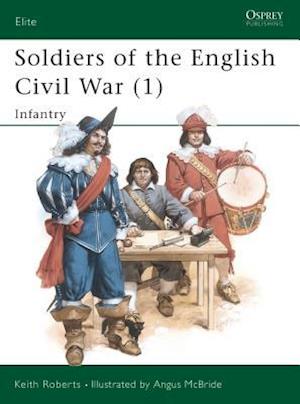 Osprey's survey of British soldiers during the English Civil War (1642-1651) period. When civil war erupted in England in 1642, it quickly involved every level of society throughout the British Isles. On one side the King and his supporters fought for traditional government in Church and State. On the other, the supporters of Parliament sought radical changes in religion and economic policy, and a greater share of power at the national level. This is the first of two volumes in the Elite series exploring the recruitment, organisation, and tactics of the soldiers of the English Civil War. This book opens with an account of the origins of the military theory used by both sides, before discussing the weapons, logistics and management of the infantry throughout the Civil War campaign.