- Antisemitism, BDS and the De-legitimization of Israel 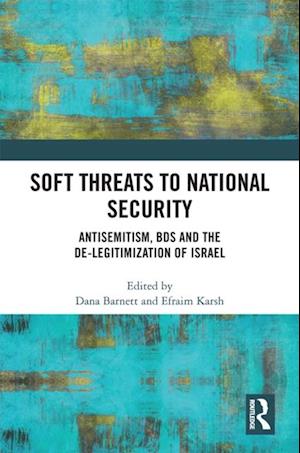 This book explores the Boycott, Divestment, and Sanctions (BDS) phenomenon - its impact and implications for Israel and the Palestinian-Israeli conflict, as well as the inextricable linkage between its anti-Israeli/anti-Zionist propaganda and antisemitism, unraveled from yet unknown perspectives.The edited volume offers groundbreaking research: While Israeli public diplomacy focused on security, Palestinian diplomacy focused on a fabricated history. The book analyzes the old Russian anti-Zionist propaganda and its application by the BDS. The public space of BDS activity projects a humane faade, yet the covert part harbors antisemitic and violent supporters including terror groups and Iran. Western universities turned into incubators of pro-Palestinian groups that portray Israel as the source of evil. The academic boycott of Israel worked to isolate and stigmatize Jewish scholars in America because of a presumed Jewish occupation of the American academe. Western 'liberals' wish to build bridges with the Muslim world, unable to overcome differences on democracy, secularism, women's rights, etc., they focus on what they agree: animosity towards Israel. So has the UN; the ICC; Bedouin advocacy; and Human Rights Watch. The chapters in this book were originally published as a special issue of the journal Israel Affairs.