- A Cinema of Girlhood 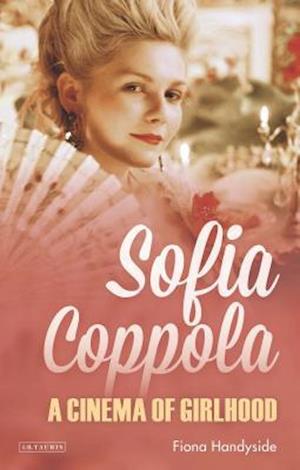 She has received numerous accolades including an Academy Award and two Golden Globes, and in 2004 became the first ever American woman to be nominated for a Best Director Oscar. From The Virgin Suicides to The Bling Ring, her work carves out new spaces for the expression of female subjectivity that embraces rather than rejects femininity. Fiona Handyside here considers the careful counter-balance of vulnerability with the possibilities and pleasures of being female in Coppola's films - albeit for the white and the privileged - through their recurrent themes of girlhood, fame, power, sex and celebrity. Chapters reveal a post-feminist aesthetic that offers sustained, intimate engagements with female characters. These characters inhabit luminous worlds of girlish adornments, light and sparkle and yet find homes in unexpected places from hotels to swimming pools, palaces to strip clubs: resisting stereotypes and the ordinary. In this original study, Handyside brings critical attention to a rare female auteur and in so doing contributes to important analyses of post-feminism, authorship in film, and the growing field of girlhood studies.

Forfattere
Bibliotekernes beskrivelse Sofia Coppola is widely regarded as one of the most astute, provocative and visionary directors in the contemporary film industry. 17 bw integrated