Sodom on the Thames 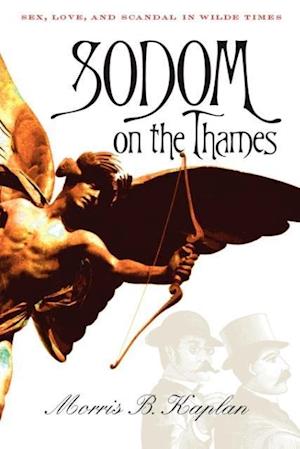 Sodom on the Thames looks closely at three episodes involving sex between men in late-nineteenth-century England. Morris Kaplan draws on extensive research into court records, contemporary newspaper accounts, personal correspondence and diaries, even a pornographic novel. He focuses on two notorious scandals and one quieter incident.

In 1871, transvestites "Stella" (Ernest Boulton) and "Fanny" (Frederick Park), who had paraded around London's West End followed by enthusiastic admirers, were tried for conspiracy to commit sodomy. In 1889-1890, the "Cleveland Street affair" revealed that telegraph delivery boys had been moonlighting as prostitutes for prominent gentlemen, one of whom fled abroad. In 1871, Eton schoolmaster William Johnson resigned in disgrace, generating shockwaves among the young men in his circle whose romantic attachments lasted throughout their lives. Kaplan shows how profoundly these scandals influenced the trials of Oscar Wilde in 1895 and contributed to growing anxiety about male friendships.

Sodom on the Thames reconstructs these incidents in rich detail and gives a voice to the diverse people involved. It deepens our understanding of late Victorian attitudes toward urban culture, masculinity, and male homoeroticism. Kaplan also explores the implications of such historical narratives for the contemporary politics of sexuality.