Socio-historical analysis of the 2012 Malian crisis 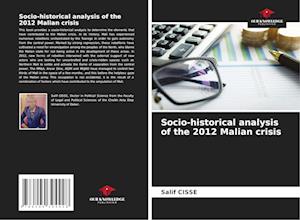 This book provides a socio-historical analysis to determine the elements that have contributed to the Malian crisis. In its history, Mali has experienced numerous rebellions orchestrated by the Tuaregs in order to gain autonomy from the central power. Marked by strong repression, these rebellions have cultivated a need for emancipation among the peoples of the North, who blame the Malian state for not being active in the development of these areas. In 2012, new forms of rebellion intervened with the external support of new actors who are looking for uncontrolled and crisis-ridden spaces such as Northern Mali to settle and activate the flame of separation from the central power. The MNLA, Ansar Dine, AQIM and MUJAO have managed to control two thirds of Mali in the space of a few months, and this before the helpless gaze of the Malian army. This occupation is not accidental, it is the result of a combination of factors which have contributed to the amputation of Mali.