- Greek Political Detainees in the 1930s 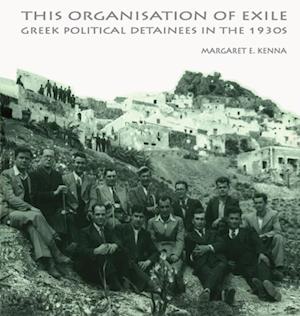 Illustrated with prints from a unique archive of glass and celluloid negatives from the Aegean island of Anafi, this book deals with the life of people who were sent into internal exile under the Metaxas dictatorship (1936-1942). Like others before and after, this regime used imprisonment, internal deportation and exile as a means of containing and isolating a wide variety of people who were thought to be 'public dangers'. Drawing on published and unpublished memoirs and on firsthand accounts of former exiles, it gives a vivid picture of a by no means unified collection of people, facing a common set of problems on an island at the borders of the Greek State. During the Occupation, the Anafi exiles faced privation, hunger and finally the dissolution of the commune. This is a human drama which will interest a wide range of readers.