indgår i serie Science in History 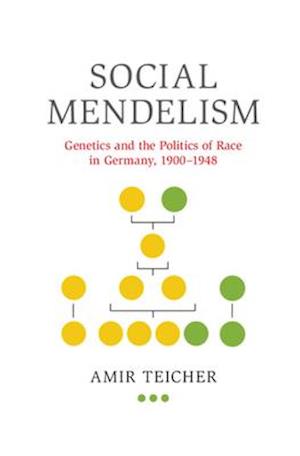 Who was the scientific progenitor of eugenic thought? Amir Teicher challenges the preoccupation with Darwin's eugenic legacy by uncovering the extent to which Gregor Mendel's theory of heredity became crucial in the formation - and radicalization - of eugenic ideas. Through a compelling analysis of the entrenchment of genetic thinking in the social and political policies in Germany between 1900 and 1948, Teicher exposes how Mendelian heredity became saturated with cultural meaning, fed racial anxieties, reshaped the ideal of the purification of the German national body and ultimately defined eugenic programs. Drawing on scientific manuscripts and memoirs, bureaucratic correspondence, court records, school notebooks and Hitler's table talk as well as popular plays and films, Social Mendelism presents a new paradigm for understanding links between genetics and racism, and between biological and social thought.