Social Justice in Times of Crisis and Hope 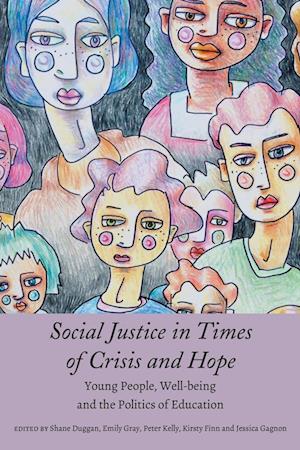 The first two decades of the 21st century have been characterised by conflict, displacement, growing economic insecurity and austerity. Increasing social polarisation has meant that contemporary societies are becoming more unequal with smaller segments of the population having access to the most wealth. Ongoing conflicts around the world and the ongoing refugee crisis in Europe has only intensified calls for justice, equity, compassion and understanding. We live in times of despair and conflict, but also times of hope and action.Social Justice in Times of Crisis and Hope examines the possibilities and consequences of the relationship between young people, well-being, education and social justice in times of crisis and hope. Drawing together contributions from around the globe, the chapters examine the role of young people in contemporary social movements, the kinds of demands that are being made by the world's young people and the spaces within which they are making such demands. Authors engage with notions of justice and well-being, what this means in the contemporary moment and for whom. They interrogate the politics of increasingly global education to think about the limits and possibilities, challenges and opportunities, for education to play a role in delivering on the promise of social justice.