Social Justice and the City 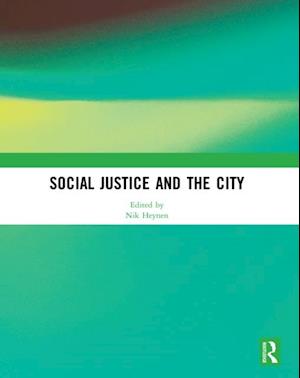 This special collection aims to offer insight into the state of geography on questions of social justice and urban life. While using social justice and the city as our starting point may signal inspiration from Harvey's (1973) book of the same name, the task of examining the emergence of this concept has revealed the deep influence of grassroots urban uprisings of the late 1960s, earlier and contemporary meditations on our urban worlds (Jacobs, 1961, 1969; Lefebvre, 1974; Massey and Catalano, 1978) as well as its enduring significance built upon by many others for years to come. Laws (1994) noted how geographers came to locate social justice struggles in the city through research that examined the ways in which material conditions contributed to poverty and racial and gender inequity, as well as how emergent social movements organized to reshape urban spaces across diverse engagements including the U.S. Civil Rights Movement, anti-war protests, feminist and LGBTQ activism, the American Indian Movement, and disability access. This book originally published as a special issue of Annals of the American Association of Geographers.