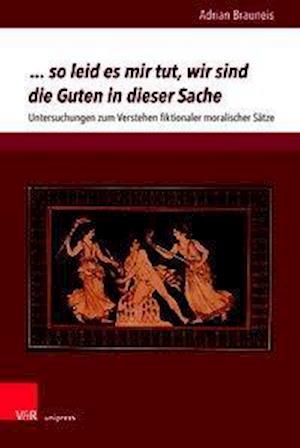 The Investigations at hand answer the question, to what extent a reader might attribute to a piece of fictional literature a 'moral', meaning the prescription to imagine certain moral propositions as being true. Present investigations derive such prescriptions from moral sentences. Such sentences are being treated as requests to search for truth values, and it is being shown, what it means to answer a corresponding request in accordance with utilitarian considerations of expedience. Once its 'moral' has been determined a piece of fictional literature can not only be identified, its moral assessment can also be discussed rationally.