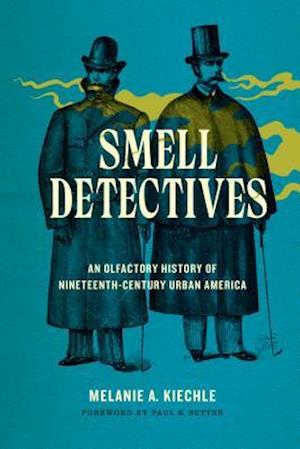 What did nineteenth-century cities smell like? And how did odors matter in the formation of a modern environmental consciousness? Smell Detectives follows the nineteenth-century Americans who used their noses to make sense of the sanitary challenges caused by rapid urban and industrial growth. Melanie Kiechle examines nuisance complaints, medical writings, domestic advice, and myriad discussions of what constituted fresh air, and argues that nineteenth-century city dwellers, anxious about the air they breathed, attempted to create healthier cities by detecting and then mitigating the most menacing odors.Medical theories in the nineteenth century assumed that foul odors caused disease and that overcrowded citiesfilled with new and stronger stinkswere synonymous with disease and danger. But the sources of offending odors proved difficult to pinpoint. The creation of city health boards introduced new conflicts between complaining citizens and the officials in charge of the air. Smell Detectives looks at the relationship between the construction of scientific expertise, on the one hand, and common sensethe olfactory experiences of common peopleon the other. Although the rise of germ theory revolutionized medical knowledge and ultimately undid this form of sensory knowing, Smell Detectives recovers how city residents used their sense of smell and their health concerns about foul odors to understand, adjust to, and fight against urban environmental changes.