Smaller Cities in a World of Competitiveness

indgår i serie Regions and Cities 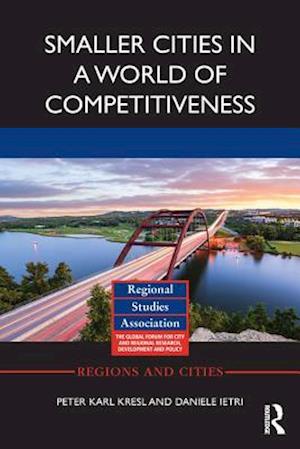 Much recent research in Urban Studies has concentrated on the notion of the 'global city' but discussion has also covered a larger set of mega cities, with populations in excess of 10 million. This analysis has begged the question of the optimal size for a city - is larger always better? Smaller Cities explores the advantages and disadvantages of different sized cities, trying to determine their place in the global economy and hierarchy. How can smaller cities gain or retain their competitiveness in a world of large cities? In a globalized world, the nation has perhaps been diminished as an economic actor, with fiscal shortcomings and political gridlock leaving cities more or less on their own in the task of enhancing their competitiveness and improving the economic lives of their residents. This book argues that smaller cities of varying population can be important actors in competitiveness and aims to bring attention to an area often overlooked by researchers. In short, are Pittsburgh, San Diego and Austin less competitive than London and Mumbai?This volume will be of interest to students, researchers, and city professionals who work in urban economy and urban geography.