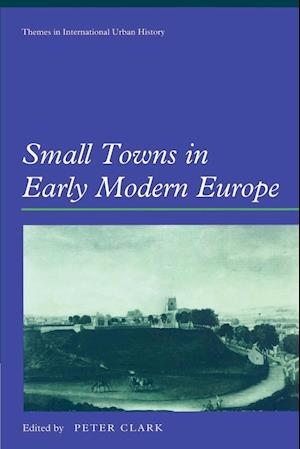 Despite the great wave of publications on European cities and towns in the pre-industrial period, little has been written about the thousands of small towns which played a key role in the economic, social and cultural life of early modern Europe. This collection, written by leading experts, redresses that imbalance. It provides the first comparative overview of European small towns from the fifteenth to the early nineteenth century, examining their position in the urban hierarchy, demographic structures, economic trends, relations with the countryside, and political and cultural developments. Case studies discuss networks in all the major European countries, as well as looking at the distinctive world of small towns in the more 'peripheral' countries of Scandinavia and central Europe. A wide-ranging editorial introduction puts individual chapters in historical perspective.