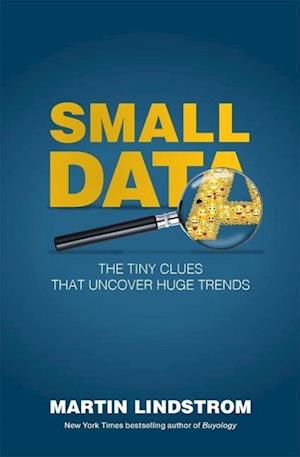 Martin Lindstrom, a modern-day Sherlock Holmes, harnesses the power of "small data" in his quest to discover the next big thing

Hired by the world's leading brands to find out what makes their customers tick, Martin Lindstrom spends 300 nights a year in strangers' homes, carefully observing every detail in order to uncover their hidden desires, and, ultimately, the clues to a multi-million dollar product.

Lindstrom connects the dots in this globetrotting narrative that will enthrall enterprising marketers, as well as anyone with a curiosity about the endless variations of human behavior. You'll learn...

- How a noise reduction headset at 35,000 feet led to the creation of Pepsi's new trademarked signature sound.

- How a worn down sneaker discovered in the home of an 11-year-old German boy led to LEGO's incredible turnaround.

- How a magnet found on a fridge in Siberia resulted in a U.S. supermarket revolution.

- How a toy stuffed bear in a girl's bedroom helped revolutionize a fashion retailer's 1,000 stores in 20 different countries.

- How an ordinary bracelet helped Jenny Craig increase customer loyalty by 159% in less than a year.

- How the ergonomic layout of a car dashboard led to the redesign of the Roomba vacuum.