- Laos in the UN, ASEAN and MRC 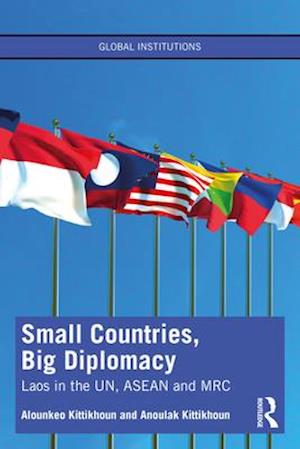 This book shows how small countries use "big" diplomacy to advance national interests and global agendas - from issues of peace and security (the South China Sea and nuclearization in Korea) and human rights (decolonization) to development (landlocked and least developed countries) and environment (hydropower development). Using the case of Laos, it explores how a small landlocked developing state maneuvered among the big players and championed causes of international concern at three of the world's important global institutions - the United Nations (UN), the Association of Southeast Asian Nations (ASEAN) and the Mekong River Commission (MRC).Recounting the geographical and historical origins behind Laos' diplomacy, this book traces the journey of the country, surrounded by its five larger neighbors China, Thailand, Vietnam, Myanmar and Cambodia, and influenced by superpower rivalries, from the Cold War to the post-Cold War eras. The book is written from an integrated perspective of a French-educated Lao diplomat with over 40 years of experience in various senior roles in the Lao government, leading major groups and committees at the UN and ASEAN; and the theoretical knowledge and experience of an American-trained Lao political scientist and international civil servant who has worked for the Lao government and the international secretariats of the UN and MRC. These different perspectives bridge not only the theory-practice divide but also the government insider-outsider schism.The book concludes with "seven rules for small state diplomacy" that should prove useful for diplomats, statespersons, policymakers and international civil servants alike. It will also be of interest to scholars and experts in the fields of international relations and foreign policies of Laos, the Mekong and Asia in general.