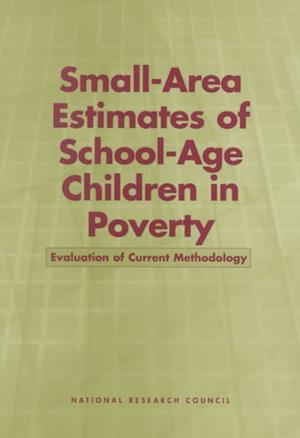 The Panel on Estimates of Poverty for Small Geographic Areas was established by the Committee on National Statistics at the National Research Council in response to the Improving America's Schools Act of 1994. That act charged the U.S. Census Bureau to produce updated estimates of poor school-age children every two years for the nation's more than 3,000 counties and 14,000 school districts. The act also charged the panel with determining the appropriateness and reliability of the Bureau's estimates for use in the allocation of more than $7 billion of Title I funds each year for educationally disadvantaged children. The panel's charge was both a major one and one with immovable deadlines. The panel had to evaluate the Census Bureau's work on a very tight schedule in order to meet legal requirements for allocation of Title I funds. As it turned out, the panel produced three interim reports: the first one evaluated county-level estimates of poor school-age children in 1993, the second one assessed a revised set of 1993 county estimates; and the third one covered both county- and school district-level estimates of poor school-age children in 1995.This volume combines and updates these three reports into a single reference volume.