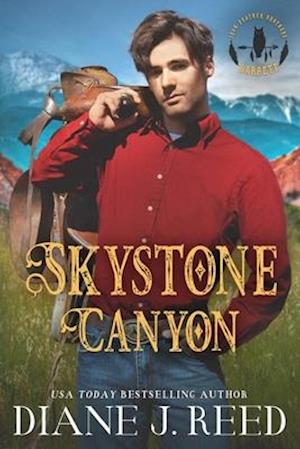 He's the toughest cowboy on patrol fighting darkness-until a rare woman reminds him of the light in his heart... Barrett Iron Feather hardly has time for romance between busting drug rings as a veteran police officer and maintaining his roping winning streak at rodeos. Then his world turns upside down when the police chief goes behind his back and makes Barrett head of security for a Hollywood movie set. Skystone Canyon is a historical western being filmed in the picturesque mountain town of Bandits Hollow, and Barrett's furious he's been relegated to supervising "pampered city slickers." Yet he never dreamed duty would force him to run smack-dab into his first boyhood crush, former child star Lainey Neil. All grown up now, Lainey's no longer the chubby teen driven by her abusive father to attend "fat camp" at a Colorado horse ranch. She's a beautiful film star, and she's shocked to come face to face with Barrett, that unforgettable cowboy who taught her the grit she needed to survive her hellish childhood. Can a second chance at first love possibly blossom into forever love? Only destiny knows if Hollywood-style happy endings can turn out to be real... Skystone Canyon is Book 2 in the Iron Feather Brothers contemporary romance series. Iron Feather Brothers Series: Meet the Iron Feather Brothers-they're tough, they're dangerous, and family means everything to them. Whether it's living up to their ancestor's outlaw reputation or brandishing their own style of justice, these men have each other's backs. And it takes very special women to get under their skin and untangle their barbed-wire hearts in order to find love in this contemporary western romance series set in the Rocky Mountains.