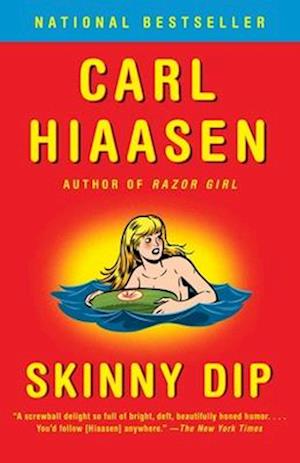 Chaz Perrone may care more about Hummers than hammerheads, but he's done pretty well for himself as a marine biologist, doctoring water samples so that an agribusiness tycoon can continue dumping fertilizer into the Everglades. When Chaz suspects that his wife, Joey Perrone, has figured out his scam, he resolves to push her overboard a cruise liner into the seething Atlantic. But if Chaz is a subpar scientist, he's an even worse killer. Joey, clinging blindly to a bale of Jamaican pot, is plucked from the ocean by a rugged stranger. Instead of rushing to the authorities, she seizes the opportunity to stay dead and, with her new friend's help, screw with Chaz until he screws himself. Add in an ill-tempered detective with a penchant for albino pythons, an oddly hirsute bodyguard addicted to fentanyl, and an unscrupulous boss growing uneasy about his lackey's increasingly erratic behavior . . . and Chaz's life is about to get a whole lot more interesting.