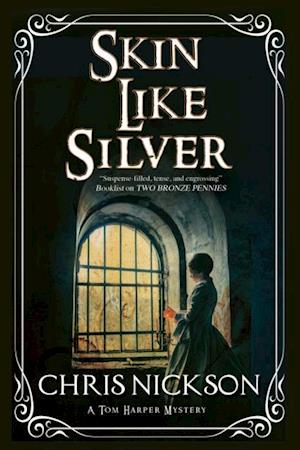 The third intriguing historical mystery to feature Detective Inspector Tom Harper Leeds, England. October, 1891. An unclaimed parcel at the Central Post Office is discovered to contain the decomposing body of a baby boy. It's a gruesome case for DI Tom Harper. Then a fire during the night destroys half the railway station. The next day a woman's body is found in the rubble. But Catherine Carr didn't die in the blaze: she'd been stabbed to death - and Harper has to find her killer.The estranged wife of a wealthy industrialist, Catherine had been involved with the Leeds Suffragist Society, demanding votes for women, the same organization for which Harper's wife Annabelle has just become a speaker. Were Catherine's politics the cause of her death? Or is the husband she abandoned behind it? But when her brother escapes from the asylum and steals a shotgun, Harper has to race to find the answers.