- A hot and hilarious crime adventure 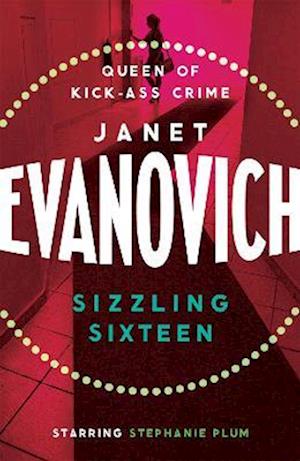 It's dangerous to owe money to a mobster...Stephanie Plum inherits a 'lucky' bottle from her uncle pip in Sizzling Sixteen, but is it good luck or bad luck? Janet Evanovich's hilarious and thrilling Stephanie Plum series is not to be missed by fans of JD Robb and Lee Child.Raves for Evanovich's bestselling series: 'A laugh a minute against a background of dastardly crime with a ditzy heroine and two - yes TWO - of the hottest heroes ever created' (Woman's Weekly); 'A laugh-out-loud page-turner' (Heat). Stephanie Plum's no-good cousin and boss, Vinnie, has been kidnapped over gambling debts - and if there's no Vinnie, that means she's out of a job. But until the bond office closes, she's got bounty hunting to do: not least for an elderly bigamist and a drug dealer with a six-foot pet alligator.Can they find Vinnie in time? Will Stephanie ever get engaged to her hot cop boyfriend Morelli? And exactly what kind of luck is she hoping for anyway?What readers are saying about Sizzling Sixteen:'This novel will have you laughing out loud and sympathising with Stephanie in more ways than you thought possible''The Stephanie Plum series simply has to be the greatest work of fiction ever written''Stephanie doing what she does best - causing mayhem'

Forfattere
Bibliotekernes beskrivelse Stephanie Plum is down on her luck in Sizzling Sixteen, the hot and hilarious sixteenth adventure in Janet Evanovich's bestselling Stephanie Plum series