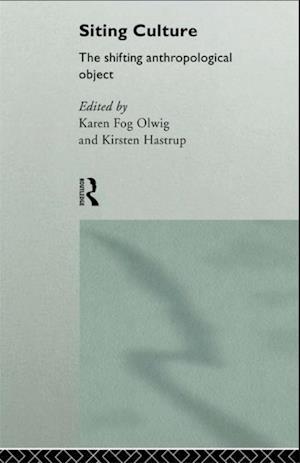 Culture has been subject to critical debate in anthropology during the past decade and this is related to a shift in emphasis from the bounded local culture to transnational cultural flows. At the same time that cultural mobility is being emphasized, the people studied by anthropologists are recasting culture as a place of belonging as they construct local identities within global fields of relations.So far, much of the analysis of the role of place in culture has been carried out at a level of theoretical debate. Siting Culture argues that it is only through rich ethnographic studies that anthropologists may explore the significance of place in the global space of relations which mould the lives of people throughout the world. By examining the concept of culture through case studies from Europe, Africa, Oceania, Latin America and the Caribbean it probes the methodological and theoretical implications of the divergent scholarly and popular concepts of culture.