- A heartbreaking mystery of family secrets and lies 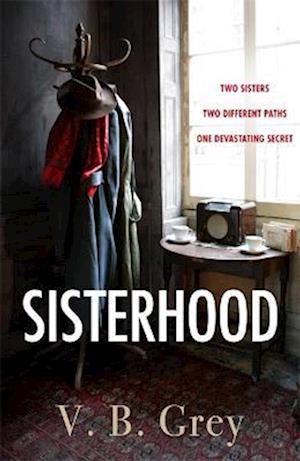 'A BEAUTIFULLY WRITTEN STORY OF SISTERS AND THEIR FAMILIES WHOSE LIVES ARE PROFOUNDLY CHANGED BY WAR. GREY IS NOT AFRAID TO SEARCH IN THE SHADOWS FOR THE TRUTH. A TERRIFIC AND THOUGHT PROVOKING READ' ELIZABETH BUCHANIdentical twin sisters Freya and Shona take very different paths, leading to long-buried family secrets that reverberate through the generations in this thrilling novel of psychological suspense by the author of Tell Me How It Ends. There are some choices you can't come back from.It is 1944 in war-battered London. Freya and Shona are identical twins, close despite their different characters. Freya is a newly qualified doctor treating the injured in an East End hospital, while Shona has been recruited by the SOE. The sisters are so physically alike that they can fool people into thinking that one is the other. It's a game they've played since childhood. But when Shona persuades her twin to swap roles to meet her Polish lover, he is angered at being tricked.Then Shona proposes a far more dangerous swapping of roles. At first Freya refuses but finally she agrees, with consequences that threaten not only the happiness but the lives of both sisters.Forty-five years later in November 1989 Freya, now aged 69, is watching television with her daughter Kirsty. Freya is gripped as she witnesses crowds of Berliners attempting to knock down their hated Wall. This sight stirs memories of her own and her sister's war, especially the tragedy of the Warsaw Uprising - memories that she has never shared with anyone. Even if she wanted to reveal them now, she can't. She's suffering from a brain tumour and is unable to speak although her reason is unimpaired. And this is what she's thinking: if they succeed in knocking down the Wall, what secrets will come tumbling through? If her own were revealed, it would be devastating for all those close to her, especially her daughter, Kirsty.