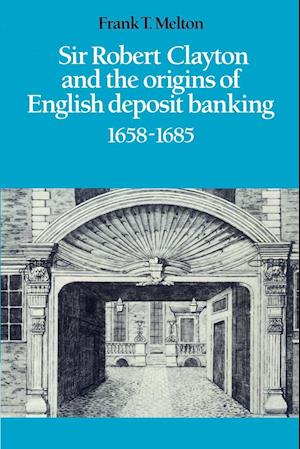 Based upon the most extensive early banking archive known to survive, this book is the first major study of Stuart banking since R. D. Richards's The Early History of Banking in England (1928). It traces the origins and growth of banking from the late sixteenth century to the 1720s through two generations of a scriveners' bank established in 1638 by Robert Abbott, and perpetuated by his nephew, Robert Clayton, and John Morris. With deposits from landowners' rents and stock sales these bankers practised as moneylenders and money-brokers for another sector of the gentry needing capital to offset the effects of the Great Rebellion and an agricultural depression. After 1660 Clayton and Morris integrated mortgage security into banking practice. This study examines the elaborate stages of land assessment and legal change which enabled bankers to offer large-scale, long-term securities to their clients, a pattern followed later by other banks such as Childs, Hoares, Martins and Coutts.