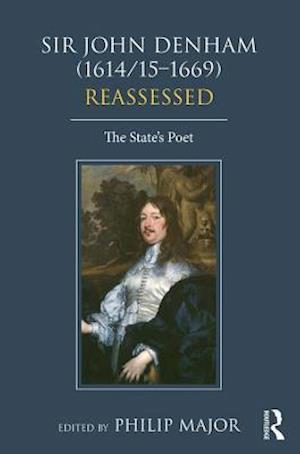 Sir John Denham (1614/15-1669) Reassessed shines new light on a singular, colourful yet elusive figure of seventeenth-century English letters. Despite his influence as a poet, wit, courtier, exile, politician and surveyor of the king's works, Denham, remains a neglected figure. The original essays in this interdisciplinary collection provide the sustained modern critical attention his life and work merit. The book both examines for the first time and reassesses important features of Denham's life and reputations: his friendship circles, his role as a political satirist, his religious inclinations, his playwriting years, and the personal, political and literary repercussions of his long exile; and offers fresh interpretations of his poetic magnum opus, Coopers Hill. Building on the recent resurgence of scholarly interest in royalists and royalism, as well as on Restoration literature and drama, this lively account of Denham's influence questions assumptions about neatly demarcated seventeenth-century chronological, geographic and literary boundaries. What emerges is a complex man who subverts as well as reinforces conventional characterisations of court wit, gambler and dilettante.